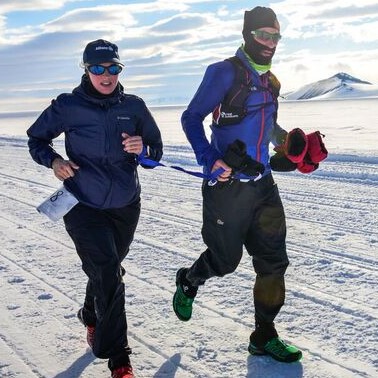 The above achievements are admirable but are even more so when one considers that Sinead only has 5% vision and is registered as legally blind.

She is also the first Irish female to do the world marathon challenge. Sinead and her guide runner completed their first Marathon of this challenge at Union Glacier, Antarctica followed by running a Marathon in Punta Arenas (South America), Miami (North America), Madrid (Europe), Marrakech (Africa), Dubai (Asia) and finally Sydney (Oceania).

Sinead came joint-first in her marathon in Dubai. This is all remarkable given that she only did her first marathon ever in October 2014 and only took up running in April 2012.

Sinead has overcome a lot of adversity throughout her life, and, in an inspirational keynote opening  for Reliability Ireland, she will share her story of leadership, team work and staying focused in the face of obstacles – key skills needed by anyone who sets themselves an ambitious target and wants to achieve it.

We use cookies to ensure that we give you the best experience on our website. If you continue to use this site we will assume that you are happy with it.Ok